Naïve risk analysis methods typically involve estimating the threats, vulnerabilities and impacts, categorizing them as low, medium and high and then converting these categories into numbers such as 1, 2 and 3 before performing simple arithmetic on them e.g. risk = threat x vulnerability x impact.
This approach, while commonplace, is technically invalid, muddling up quite different types of numbers:
When we convert ordinal values such as low, medium and high, or green, amber and red, risks into numbers, they remain ordinal values, not cardinals – hence standard arithmetic is inappropriate. If you convert back from ordinal numbers to words, does it make any sense to try to multiply something by "medium", or add "two reds"? “Two green risks” (two 1’s) are not necessarily equivalent to “one amber risk” (a 2). In fact, it could be argued that the risk scale is non-linear, hence “extreme” risks are materially more worrisome than most mid-range risks, which are of not much more concern than low risks. Luckily for us, extremes tend to be quite rare! As ordinals, these risk numbers tell us only about the relative positions of the risks in the set of values, not how close or distant they are – but to be fair that is usually sufficient for prioritization and focus. Personally, a green-amber-red spectrum tells me all I need to know, with sufficient precision to make meaningful management decisions in relation to treating the risks.
Financial risk analysis methods (such as SLE and ALE, or DCF) attempt to predict and quantify both the probabilities and outcomes as cardinal values, hence standard arithmetic applies … but don’t forget that prediction is difficult, especially about the future (said Neils Bohr, shortly before losing his shirt on the football pools). If you honestly believe your hacking risk is precisely 4.83 times as serious as your malware risk, you are sadly deluded, placing undue reliance on the predicted numbers.
No comments:

Shining the spotlight on critical controls 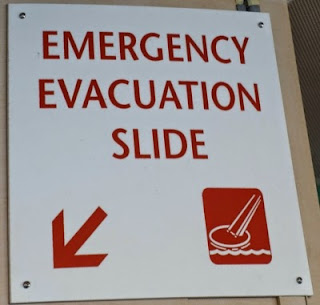 Many information security controls that are intended to mitigate significant business- and/or safety-critical information risks are themselves critical. If critical controls are missing, ineffective, fail in service, or are disabled (whether accidentally or deliberately), the associated risks are more likely to materialize, leading to unacceptable impacts. Therefore, relative to less- or non-critical ones, critical controls deserve additional investment and attention throughout their lifecycle.

For examples, critical controls should ideally be:


That's all straightforward and obvious to me, yet I'm struggling to think of any standards, guidelines etc. in the information risk and security context that explicitly highlight the concept of control criticality.

Have I simply missed them?  Or is this a blind spot for the profession?

The standard specifies (much of) the measurement process without stating what to measure i.e. which metrics.  No doubt the committee would argue that it is not possible to be specific about the metrics since each organization is different - and there's a lot of truth in that - but it's a shame they didn't explain how to select metrics or offer a few examples ... which is where our security awareness paper originally delivered in August 2008 picks up the pieces.
We drew on the IT Governance Institute's advice on information security governance for inspiration, suggesting metrics corresponding to the four aspects identified in the ITGI paper (governance outcomes; knowledge & protection of information assets; governance benefits; and process integration).
[The original hyperlink to the ITGI paper now gives a 404 page-not-found error, unfortunately.  It was a good paper.  Perhaps they moved or updated it?]
No comments:

We've just republished the next in the series of management-level security awareness papers on metrics.  The latest one lays out a range of metrics for information security and risk management.

Leaving aside the conventional metrics that are typically used to manage any corporate function, the paper describes those that are peculiar to the management of information risk and information security, with an emphasis on business-focused metrics.

I spent last week teaching a CISM course for ALC in Sydney.  The business and risk focus is a unifying thread throughout CISM, from the governance and strategy angle through risk and security management to incident management.