In the full glare 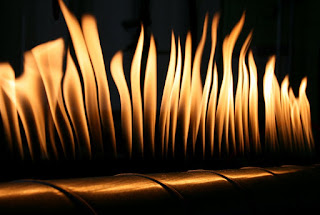 Here's a neat illustration of the challenges facing those protecting critical national infrastructures.

Take a look at this map of the UK's fuel pipelines - a massive mesh of pipes criss-crossing the country, linking refineries and fuel stores with power stations and airports. Many of the pipes are buried, carrying large volumes of volatile and energetic fuel under substantial pressure for hundreds of miles across open country, along roads, over canals and under cities, hence the need for the map, the website and the organization behind it: trust me, you don't want people accidentally digging them up, or driving piles through them. For health and safety reasons, let alone the risk of serious economic and physical fallout, people driving big yellow mechanical diggers and pile-drivers need to know if they are within striking range of the pipes. Planners, architects and builders need to know where they lie, plus the operators who use and maintain them, oh and the emergency services just in case.

Now imagine you've been tasked with protecting those same pipes against deliberate attacks by, well, anyone with a big yellow digger and a grudge for starters. The list of potential adversaries and their possible reasons is long and changeable. Some of them have serious resources and capabilities behind them, and no particular rush.

The reality of protecting critical infrastructures is rather different than the Popular Mechanics perspective.