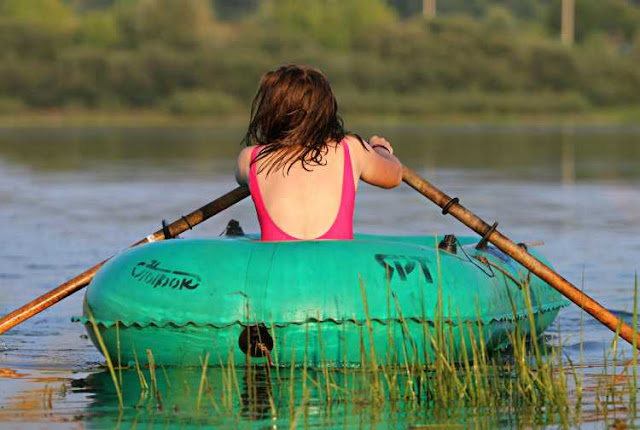 The official US navy report into an embarrassing incident in the Arabian Gulf at the start of this year is well worth reading.

In short, the incident involved two US navy patrol boats straying into Iranian territorial waters around Farsi Island, one of them suffering a mechanical failure, then both being intercepted by an armed force of Iranians from the island. Without a shot being fired, the navy crews were 'captured', taken to the island, interrogated, video'd and released the next day. No big deal in the grand scheme of things ... but distinctly embarrassing for the US navy and government, as well as those directly involved.

The lightly-redacted report was produced by an official investigation into the incident and, as usual for such things, it points the finger at a number of contributory factors, systemic issues or root causes that failed to prevent or avoid the incident. As usual, the wording is quite formalized, stilted and circumspect in places but if you read it carefully, the core messages sing out like one of Dame Kiri Te Kanewa's most powerful arias.  Here are just a few of the issues mentioned in the report (I'm paraphrasing, somewhat cynically):


The sting in the tail is that this incident could easily have been much worse. Aside from the likely injuries or deaths if the navy crews had defended themselves and resisted capture (assuming they were actually capable of using their weapons - some of which weren't properly mounted), the incident could have sparked an escalation of the conflict in the area, leading to serious military and political consequences at least. One of the navy captains reportedly thought about the possibility of sparking a US-Iran war by over-reacting to the approaching Iranian boats, repeatedly referring to the incident as a 'misunderstanding'.

The report claims quite indignantly, repeatedly and at some length, that the navy boats should have been allowed "innocent passage" by the Iranians and had "sovereign immunity", but notes also that Iranian laws impose special conditions for military vehicles. This whiffs of sour grapes to me, perhaps an attempt by the powers that be to deflect attention from the numerous shortcomings.

The context and lead-up is far more complex than my comments imply and, despite the effort that went into the investigation and the report, there is undoubtedly much more to it than was reported - such is the nature of incident investigation and auditing, both in general and especially in such highly-charged situations, within an embarrassed military organization no less. The published report is the tip of a huge iceberg of findings, concerns and suspicions that remain largely out of sight. Only the few findings that are substantiated by credible if not undeniable evidence gathered by the investigators (the "Findings of fact", in the stilted language of the report) are officially reported, at least in theory. However, diligent investigators and experienced auditors have creative ways to put their real points across, despite the interminable 'file reviews' and private discussions that no doubt took place between them and their subjects - or rather their respective bosses. What we see in print leaves out more than it says, but gives clues as to what we're missing.

Juxtaposition for instance. In one paragraph we read very matter-of-factly that a senior navy officer denied knowing that there were any maintenance issues with the boats. The very next equally matter-o'-fact paragraph points out that the officer chaired a regular meeting about boat maintenance (clearly implying that he either did know, or should have known about the problems that led to a boat being stranded in Iranian waters). The report often gives such hints but leaves the reader to draw their own conclusion. It's not hard.

As to determining and bottoming-out the root causes, the investigation does not appear as comprehensive or effective as I would have liked. It only went a fathom or two down into a deep sea trench. Most of the issues identified in the report presumably result from issues further upstream, and additional contributory factors and decisions that were not explored, or not reported anyway. I wish the investigator/s had continued probing instead of moving on to other issues after each revelation ... but it is what it is.

Aside from the obvious value of this report to the navy, it has much wider application, raising awkward questions for all organizations such as:
At least those are my take-aways. What about you? What do you think?