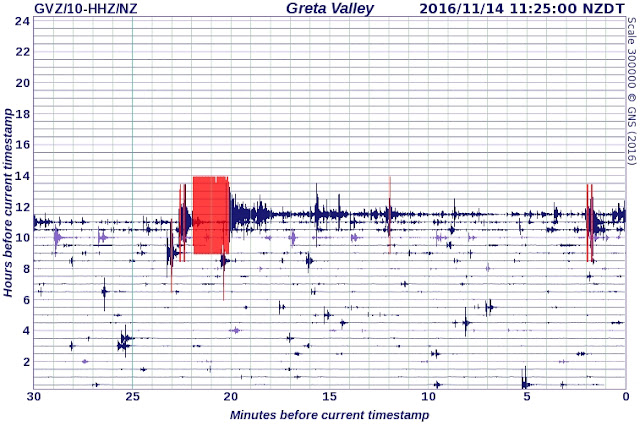 A big earthquake at midnight last night on the Northern end of South Island New Zealand was a major incident with various implications for incident/disaster management. I'd like to pick up on a few security awareness aspects while the incident is fresh in my mind and still playing out on the NZ media as I write this.
Regards,

PS  Even Google is playing its part.  I've just noticed the red message at the top of a query I did to find links for this very blog piece.  Good work Google! 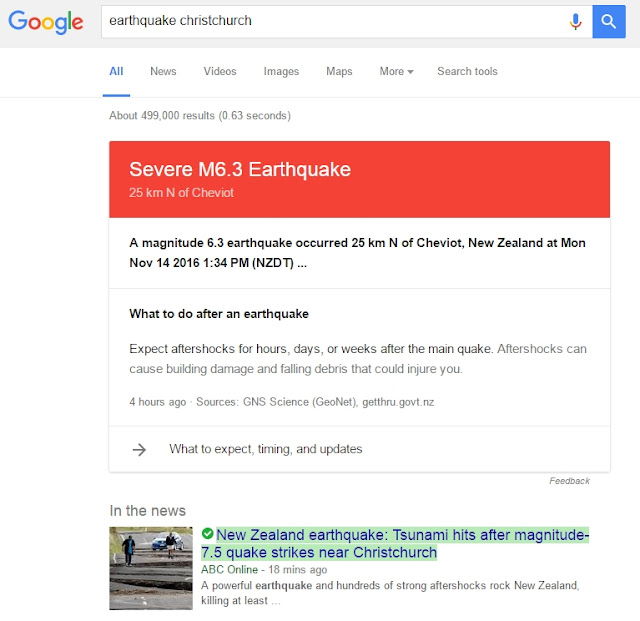