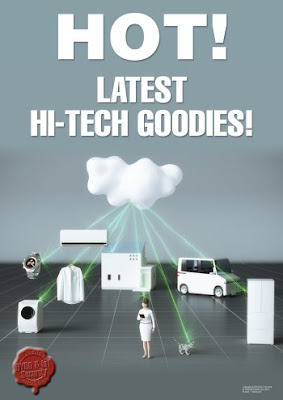 Today we went on a tiki-tour of the forest in search of a few pine saplings of just the right size, shape and density to serve as Christmas trees. Naturally, the best ones were in the brambles or on the side of a near vertical slope but, hey, that's all part of the fun.

I guess 'Web-enabled remotely-controllable LED Christmas tree lights' are The Thing this year.  Ooh the sheer luxury of being able to program an amazing light show from your mobile phone!

So what are the information risks in that scenario? Let's run through a conventional risk analysis.


Taking that all into account, there are definitely information risks in the scenario, but as to whether you consider them significant enough to worry about depends on your perspective.

OK so I admit I'm going out on a limb by analyzing information risks for web-enabled Christmas tree lights but the risk analysis is much the same for a zillion other Things quietly invading our homes and businesses. It's the zombie apocalypse.

Aside from all those high-tech toys soon to be piled up under the Christmas tree, the modern hi-tech kitchen and lounge is already replete with Web-enabled whiteware and entertainment systems, and almost everything that moves or goes ping in the office (including the workers!) is wirelessly networked.

Remember, kids, information security is for life - not just for Christmas.

["Santa's slaves" alludes to a friend-of-a-friend's little'un asking its mum for 'one of those Christmas slaves this year - you know, the slave that Santa rides', while jangling his slave-bells, presumably.]