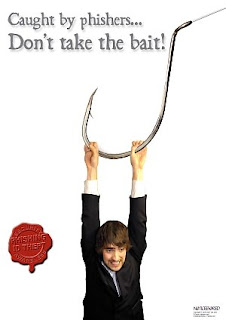 That thought popped unexpectedly into my head over the weekend as I was grubbing weeds in the paddock. I've been mulling it over ever since, making hardly any progress to be honest.

One thing that occurs to me is that social engineers are potentially just as vulnerable to manipulation as their victims, although they have the advantage of having consciously and deliberately performed their attacks ... which could in fact be a weak point: if they believe they are in the driving seat, they may not anticipate being driven.

There is some evidence of this, for example 419ers (advance fee fraudsters)  have occasionally been led along the garden path by savvy targets. Scam-baiting became A Thing about a decade ago, relatively amateurish though and risky to boot: the authorities quite rightly warn against vigilantism in general, but there were some creative schemes and hilarious trophies.

A better planned, coordinated and generally more professional approach, applying proper psychology and science rather than just bitterness, retribution and belittling, has some merit as a strategy, particularly if the aim is to fire up workers' imaginations and so make them more aware of, and resistant to, the scammers. Whereas an individual organization or even a group may stand little chance of stamping out the 419ers and other social engineers, they can perhaps tilt the odds in their favor, becoming slightly harder, less attractive targets.

I'm still not sure where I'm going with this. It's one of those little germs of an idea that might sprout and flourish, but more likely will disappear without trace. Perhaps me writing about it here has set YOU thinking about it, and together we can take it forward as a discussion thread. It will at least remind me when I'm checking through the blog posts at some future point, having totally forgotten about it!