An otherwise unremarkable marketing email from Armor caught my beady with this:

That's quite a range of values. I wonder why some stolen credit card details are twice as valuable as others on the black market. What makes them so attractive, relatively speaking?

Possible reasons for the discrepancy: 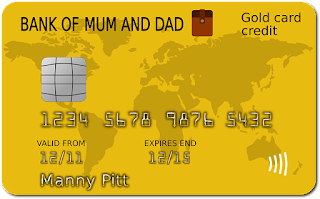 As usual, I'm quoting and citing the source to illustrate an analytical approach, not to discredit or challenge the source so much as encourage you, dear blog reader, to think critically about such information rather than taking it at face value. I've seen similar numbers from other sources ... which may mean they are 'in the right ballpark' but could equally be an example of anchoring bias (if people have no idea of the correct value, they tend to estimate within or near whatever range is suggested to them, focusing on and implicitly assuming that the suggested range is valid).